Other features include Optical SteadyShot image stabilisation, a nine-blade rounded diaphragm and a 40-95cm minimum focussing distance (wide-telephoto). The lens is dust and moisture resistant and a tripod collar is included. Expect to pay in the region of £2379/$2498.

The Sony FE PZ 28-135mm F4 G OSS is a new professional-grade E-mount lens designed with an emphasis on videography rather than stills photography. It’s compatible with Sony E-mount full frame and APS-C cameras, but is best suited to high-end interchangeable lens video cameras like the PXW-FS7.

Sony markets the FE PZ 28-135mm F4 G OSS as compact and lightweight, and in the world of pro videography, that holds true. However, with its huge 95mm filter diameter and considerable 1.22kg weight, this isn’t a particularly travel-friendly lens for shooting stills on a svelte Alpha 7-series body. Such a large filter diameter also necessitates the use of a 100mm+ square or rectangular filters, but this filter format is a sensible choice for covering many full-frame lenses.

The zoom ring sits in the middle of the aperture and focussing rings and rotates through approximately 90 degrees. A small knob is screwed to the ring for easier focal length adjustment. Although the zoom ring appears to operate the lens elements directly as you’d expect from a typical DSLR zoom lens, it doesn’t here. Instead the ring simply actuates the internal focussing motor, but it’s not the most direct or immediate system. Yank the ring from maximum wide angle to full telephoto and there’s slight lag whilst the motor catches up, and the lens will still be zooming for a second or so after the ring reaches its telephoto hard stop. This make snap zooming rather sluggish, but given the lens is targeted at video recording, slow and smooth zooming is the priority.

The upside of such bulk is stellar build quality and plenty of controls. The Sony FE PZ 28-135mm F4 G OSS lens features separate focus, zoom and aperture (iris) rings. The latter has 1/3ev stops ranging from f/4 to f/22 and can be switched between smooth and notched rotation, or locked to an aperture of your choice to prevent accidental movement. The front ring controls focussing and has a deeply-ridged rubberised surface that provides great grip in all weathers. You simply slide the focussing ring backward to engage manual focus.

The Sony FE PZ 28-135mm F4 G OSS isn’t intended for close-up shots, but a 40cm minimum focus distance at wide angle does make it fairly useful for shooting reasonably close subjects. This image is uncropped and shows how close you can get to a Compact Flash card. 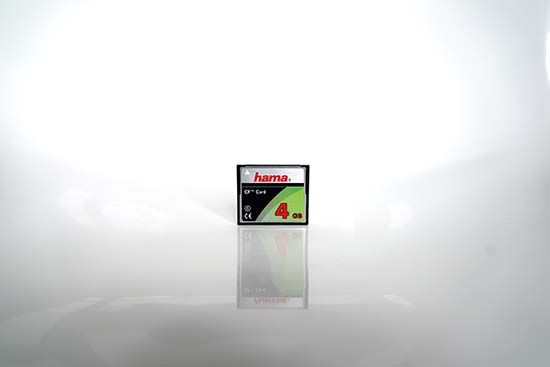 With a constant f/4 maximum aperture, the Sony FE PZ 28-135mm F4 G OSS is capable of throwing backgrounds out of focus, especially when shooting at longer focal lengths. The resulting bokeh blur is fairly smooth thanks to a nine-blade rounded diaphragm, which provides smoother blurring than seven or five-blade designs. Bokeh is however a fairly subjective part of a lens’ image quality, so check out these 100% crops to see the FE PZ 28-135mm F4 G OSS’ bokeh quality for yourself. 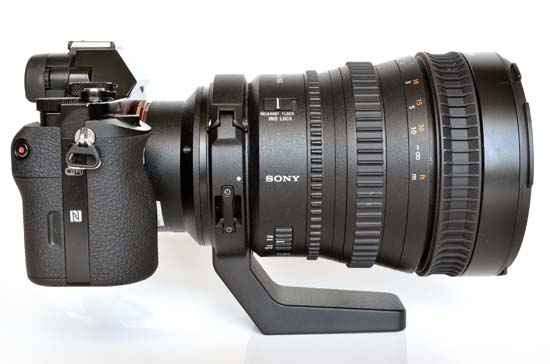 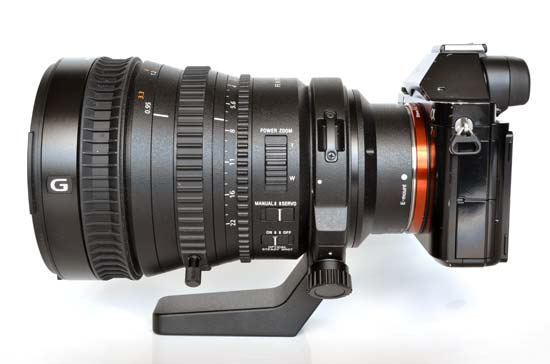 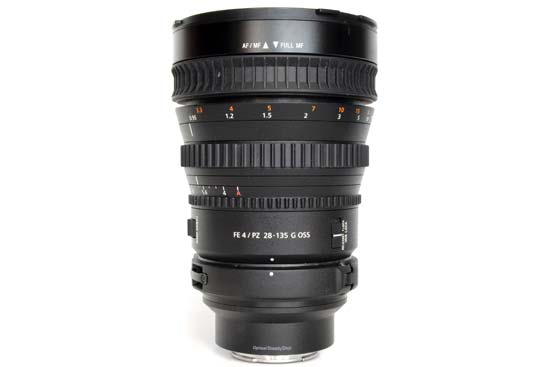 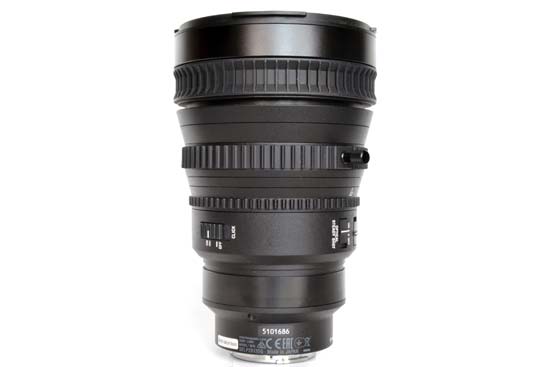 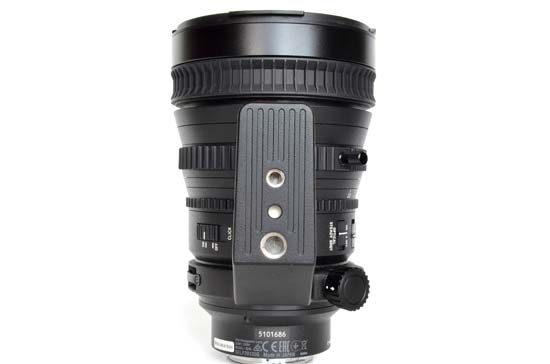 A switch on the left of the Sony FE PZ 28-135mm F4 G OSS lens barrel changes the zoom control from the manual ring to a rocker lever for full power zooming. Push the lever up to zoom in and down to zoom out. It’s a control system much as you’d find on the lens barrel of many superzoom bridge cameras and works very well here, providing steady and completely silent zooming that’s perfect for video work. 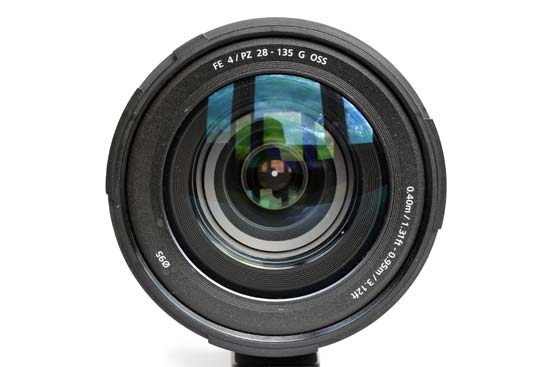 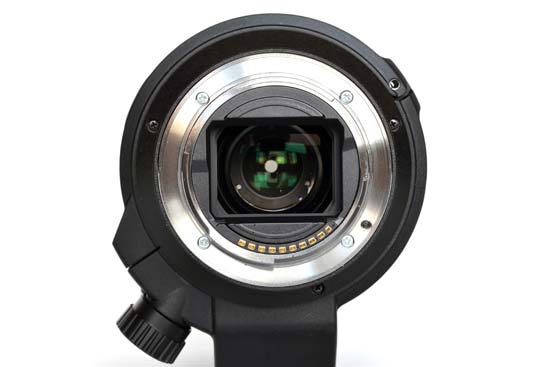 In addition the smooth powered zoom, a key feature that makes the Sony FE PZ 28-135mm F4 G OSS particularly appealing to videographers is its ability to provide an attractively shallow depth of field from its relatively wide constant f/4 maximum aperture. The quality of background bokeh blur is further enhanced by the use of a rounded 9-blade diaphragm. Foreground subjects should be especially sharp thanks to five aspherical lens elements and an additional three extra-low dispersion elements. 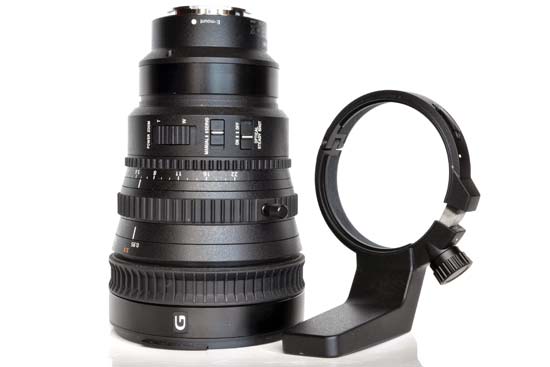 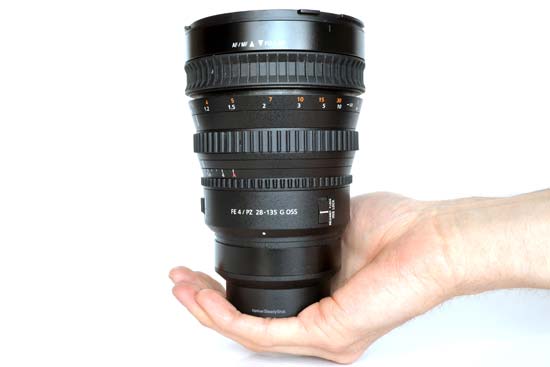 The final switch activates Sony’s Optical SteadyShot image stabilisation system, and behind all the switches is the mounting point for the tripod collar. This is easily removable for handheld shooting, but is vital when shooting from a tripod, especially when using a relatively lightweight camera like an Alpha 7. 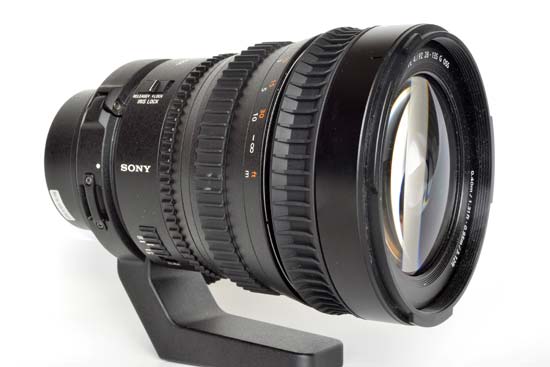 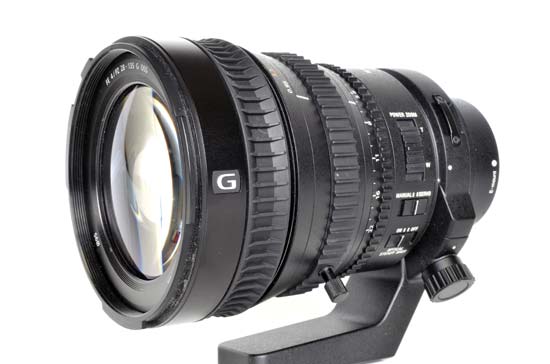 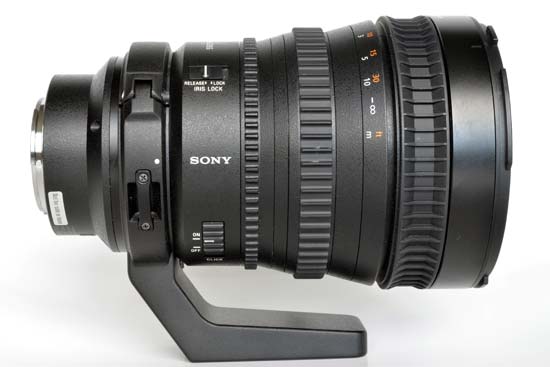 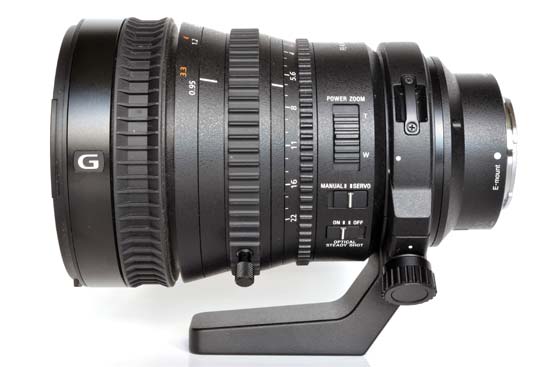 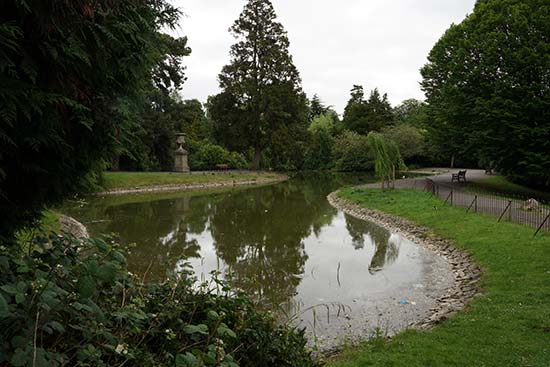 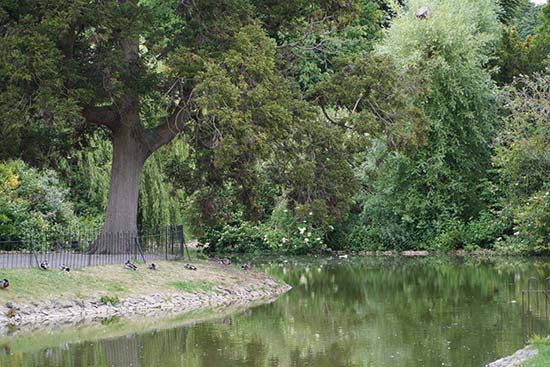 Focussing in good light is almost instant, though can be slower in dimmer conditions where focus hunting is an occasional issue. However, our testing used an A7R body which isn’t renowned for being the fastest-focussing camera in the Alpha 7 series.

The Sony FE PZ 28-135mm F4 G OSS focusses quickly and accurately. Focussing is completely internal, so the 95mm filter thread does not rotate. The wide focus ring does not have hard stops.

The internal SuperSonic Motor is barely audible if you literally rest your ear on the lens in a quiet room, but to all intents and purposes, it’s silent.

Chromatic aberration (purple fringing) is rarely an issue with the Sony FE PZ 28-135mm F4 G OSS. We could only find a couple of instances of fringing in our test shots, and you’ll need to be pixel-peeping at 100% image size to spot it. 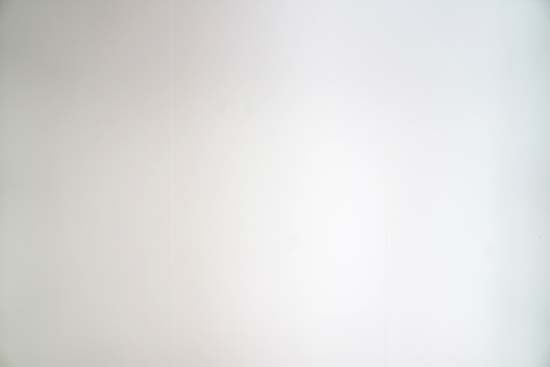 Sample videos don’t normally feature as part of our lens testing, but given this is a video-focussed lens, we’ve included a sample clip to demonstrate the smoothness of the Sony FE PZ 28-135mm F4 G OSS’ power zoom.