The new lens also boasts the manufacturer’s MSC (Movie & Stills Compatible) auto-focus system, which promises fast and nearly silent focusing on all compatible camera bodies. Like its forebear, the new M.Zuiko Digital ED 14-150mm f/4-5.6 II lens offers a 35mm equivalent focal range of 28-300mm, while measuring just 83.0×63.5mm. The addition of weather sealing and improved mechanical construction have resulted in a marginally higher weight of 285 grams. The Olympus M.Zuiko Digital ED 14-150mm f/4-5.6 II is currently available for £549.99 / $599.00 in the UK and the US, respectively.

The Olympus M.Zuiko Digital ED 14-150mm f/4-5.6 II is an evolutionary upgrade to the first Olympus 14-150mm Micro Four Thirds lens, which was announced back in November 2009. The main improvement is the addition of weather sealing, along with ZERO (Zuiko Extra-low Reflection Optical) coating on the surface of the front element, plus various cosmetic changes. Apart from the new lens coating, the optical construction is similar, featuring 15 elements in 11 groups and an iris diaphragm with 7 rounded aperture blades. 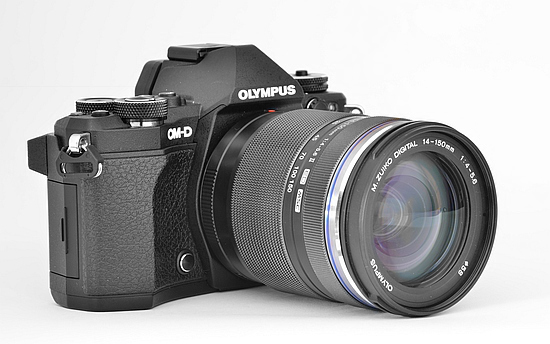 Like its predecessor, the Olympus M.Zuiko Digital ED 14-150mm f/4-5.6 II is surprisingly small and light for a superzoom lens covering a 35mm equivalent focal range of 28-300mm. Zoomed out to the 14mm setting, the lens practically fits in the palm of your hand. Weighing in at 285 grams, the new lens is only 5 grams heavier than its forebear, which is hardly noticeable in actual use. (Incidentally, it’s exactly the same weight as the Tamron 14-150mm f/3.5-5.8 Di III.) 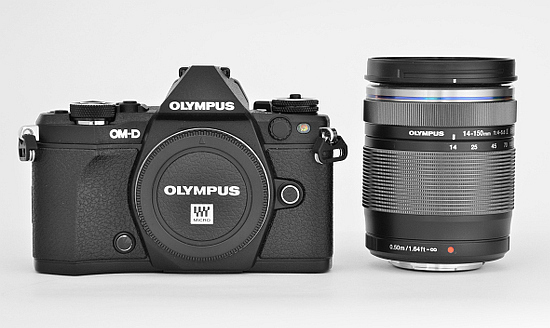 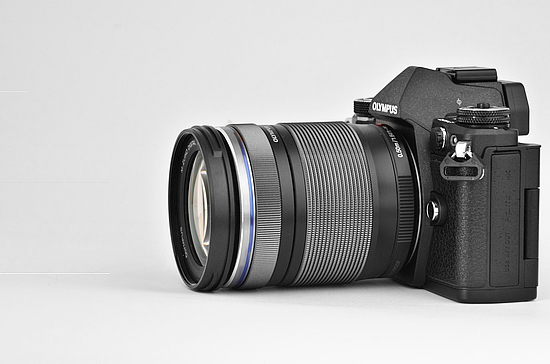 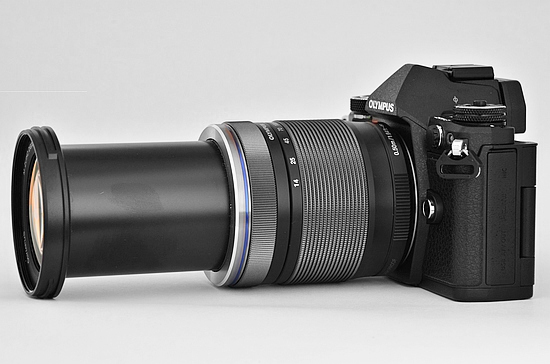 Zooming is not internal – as you can see, the front extends considerably upon zooming to 150mm, at which point the lens cannot be considered tiny any more. Still, it’s a pretty compact affair for a lens that spans such a vast focal range. The wide zoom ring’s textured finish is markedly different to that of the first version, although this difference is essentially cosmetic in nature. 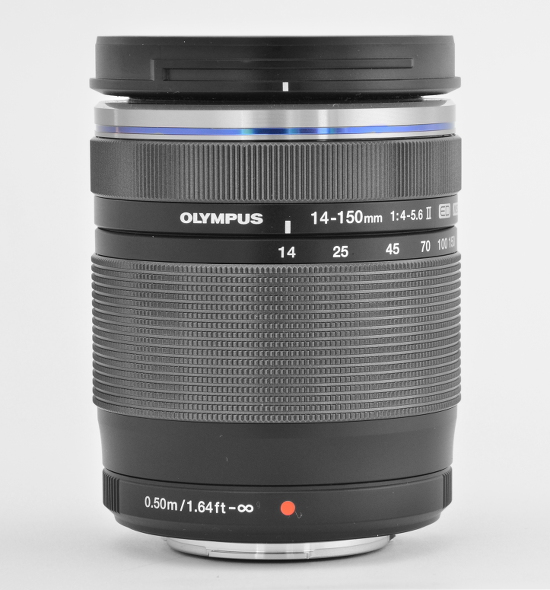 Side of the lens

The narrow focus ring sits in front of the zoom collar.

Given that all Olympus compact system cameras – and the Panasonic GX7 – feature an in-body anti-shake system, it is not surprising that the Olympus M.Zuiko Digital ED 14-150mm f/4-5.6 II doesn’t offer in-lens image stabilisation. In particular, the body-integral IS system of the OM-D E-M5 II, seen above, has turned out to be a rock solid companion to this lens.

The Olympus M.Zuiko Digital ED 14-150mm f/4-5.6 II is generally light on features (putting aside its huge zoom range, of course). There is no distance scale, focus limiter, function button or tripod collar. Apart from the focus and zoom rings, the lens barrel is entirely devoid of controls. The most attractive feature of the lens is its extensive weather sealing. 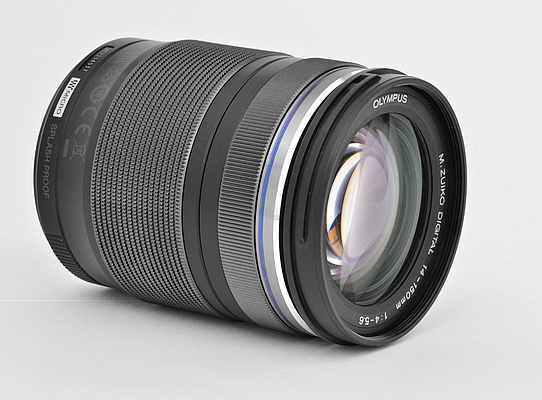 The Olympus M.Zuiko Digital ED 14-150mm f/4-5.6 II lens accepts 58mm screw-in filters. The thread does not rotate on focus, making the use of polarisers that much easier. 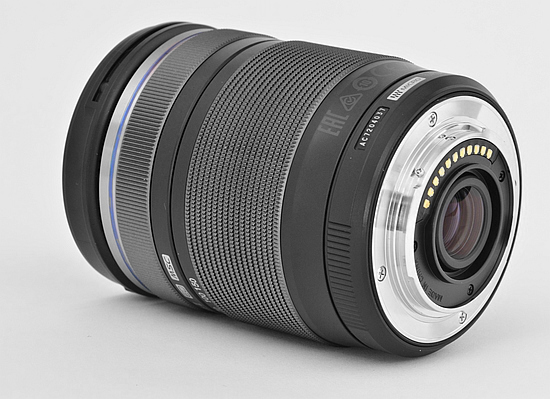 The Olympus M.Zuiko Digital ED 14-150mm II is fully weather sealed (dust- and splashproof), so it can be used safely in wet and dusty environments alike as long as it’s attached to a similarly weather-sealed body. It is not claimed to be waterproof though, so do not try to submerge it in a pond or river. The mount has all the MFT contacts and is made of metal.

At the 14mm end of the range, the diagonal angle of view is 75 degrees, which is similar to that of a 28mm lens on a 35mm camera. 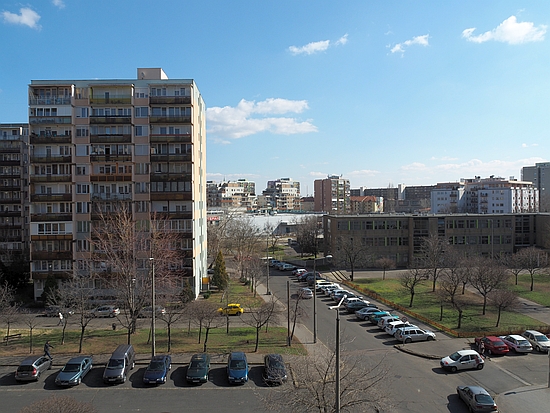 Field of view at 14mm 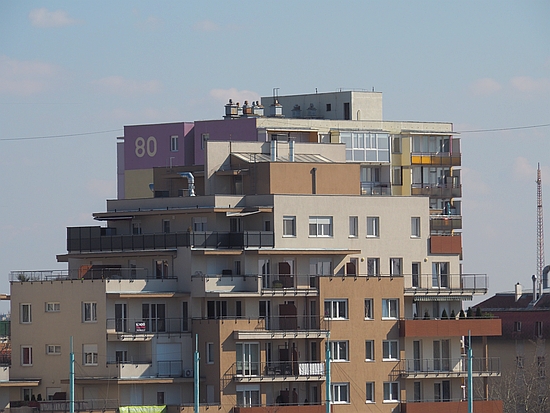 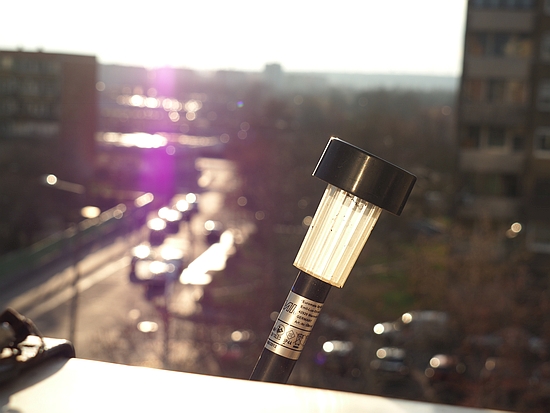 The promise of the ZERO (Zuiko Extra-low Reflection Optical) coating applied to the surface of the front element was enhanced resistance to flare and ghosting – and indeed you need to frame your shots in a pretty awful way (see photo above) to see any ghosts or streaking. Our experiment shows that flare effects can definitely be triggered (if you go to great lengths to trigger them, that is) but they aren’t likely to raise their ugly heads during normal, everyday shooting – especially if you use a lens hood.

With the lens attached to an Olympus E-M5 II camera body, focusing is very fast and almost silent. This camera-lens combination is actually fast enough to track and capture subjects in motion, which is still the exception rather than the norm in the world of compact system cameras and zoom lenses.

The 58mm filter thread does not rotate on focus, which is good news for users of polarisers and graduated neutral density filters.

Manual focusing is possible in a focus-by-wire fashion. This should not put you off using it as it feels pretty natural in use. The focus ring is slim but adequate for the job.

Chromatic aberrations, typically seen as purple or blue fringes along contrasty edges, are quite well controlled with this lens. These are the absolute worst examples we were able to dig up (not to mention we had to shoot raw again, as the OM-D E-M5 II’s JPEG engine automatically compensated for chromatic aberrations, and did a great job of it).

With the lens set to its maximum aperture, you can see some pretty heavy light fall-off in the corners, especially at the 150mm end of the zoom range. 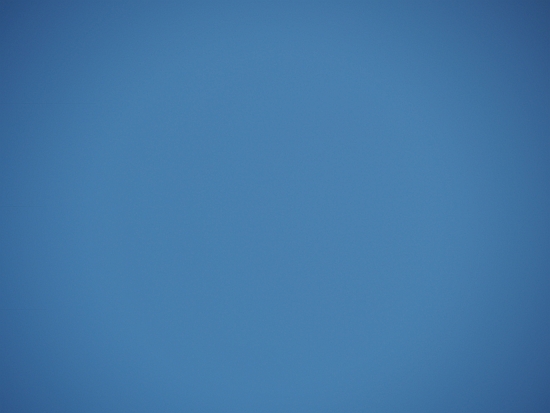 This is not a macro lens but its close-up performance is very decent. The minimum focus distance is 0.5m, as measured from the sensor plane. The shot below demonstrates how close you can get to the subject – in this case, a Compact Flash memory card. 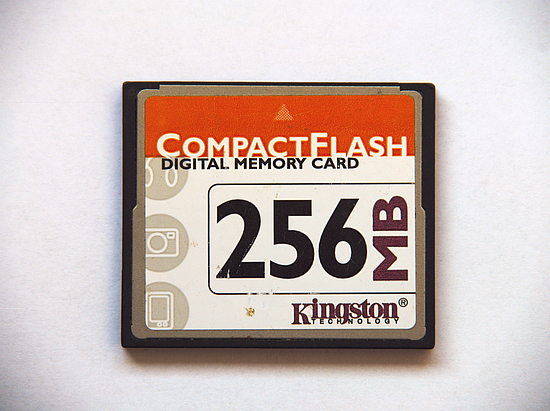 Bokeh is a word used for the out-of-focus areas of a photograph, and is usually described in qualitative terms, such as smooth / creamy / harsh etc. In the M.Zuiko Digital ED 14-150mm f/4-5.6 II, Olympus employed an iris diaphragm with 7 rounded blades, which has resulted in a pretty decent, albeit not outstanding, bokeh for a zoom lens – at least in our opinion. However, recognising that bokeh evaluation is subjective, we have provided a few examples for your perusal.